Do mobile phones dumb us down?

Published on November 2, 2019 by Konstantin Youdenko

It is not a secret anymore that having our mobile phone in hand or even within reach can have detrimental effects on our ability to engage in social life. While trying to “stay connected” to the world we in fact distance ourselves from the present moment and the people nearby. But are there more serious effects? Do our mobile phones make us dumber?

Researchers performed two experiments with a group of about 800 people to test the “brain drain” hypothesis that the mere presence of one’s own smartphone may occupy limited-capacity cognitive resources, thereby leaving fewer resources available for other tasks and undercutting cognitive performance.

Participants executed tasks designed to measure their cognitive abilities. In one task, participants simultaneously completed math problems and memorized random letters, thus measuring their Working Memory Capacity. In another task, participants saw a set of images that formed an incomplete pattern, and chose the image that completed the pattern the best, which indicates their Fluid Intelligence.

Variables in the experiments were the location of their phones. Besides having both sound and vibration switched off the participants were asked to either:

The results were striking! Participants with their phone on the desk displayed the lowest available cognitive capacity. And those who had their phones in the other room displayed the highest levels in opposite. 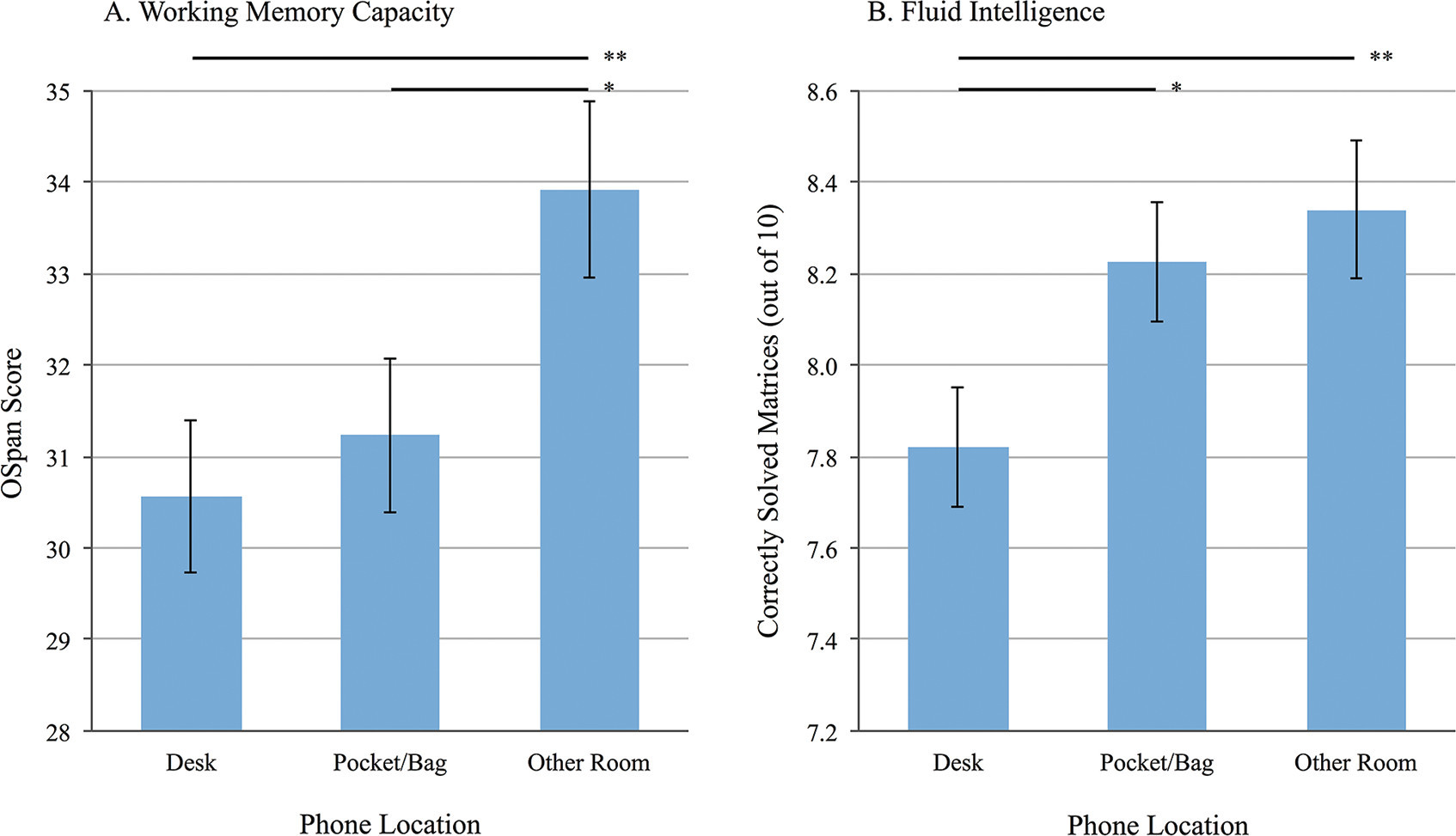 The mere presence of your smartphone nearby may reduce the available cognitive capacity and impair your cognitive functioning, even when you are successful at remaining focused on the task at hand.

“Disconnection” theme became popular in the modern culture. It reflects the increasing interest to reduce or at least to control to which extent we interact with our devices. Have you tried to disconnect yet? At least when you are surrounded by your friends and family?

LinkedIn for Local Communities
Gig workers trusted by your neighbours